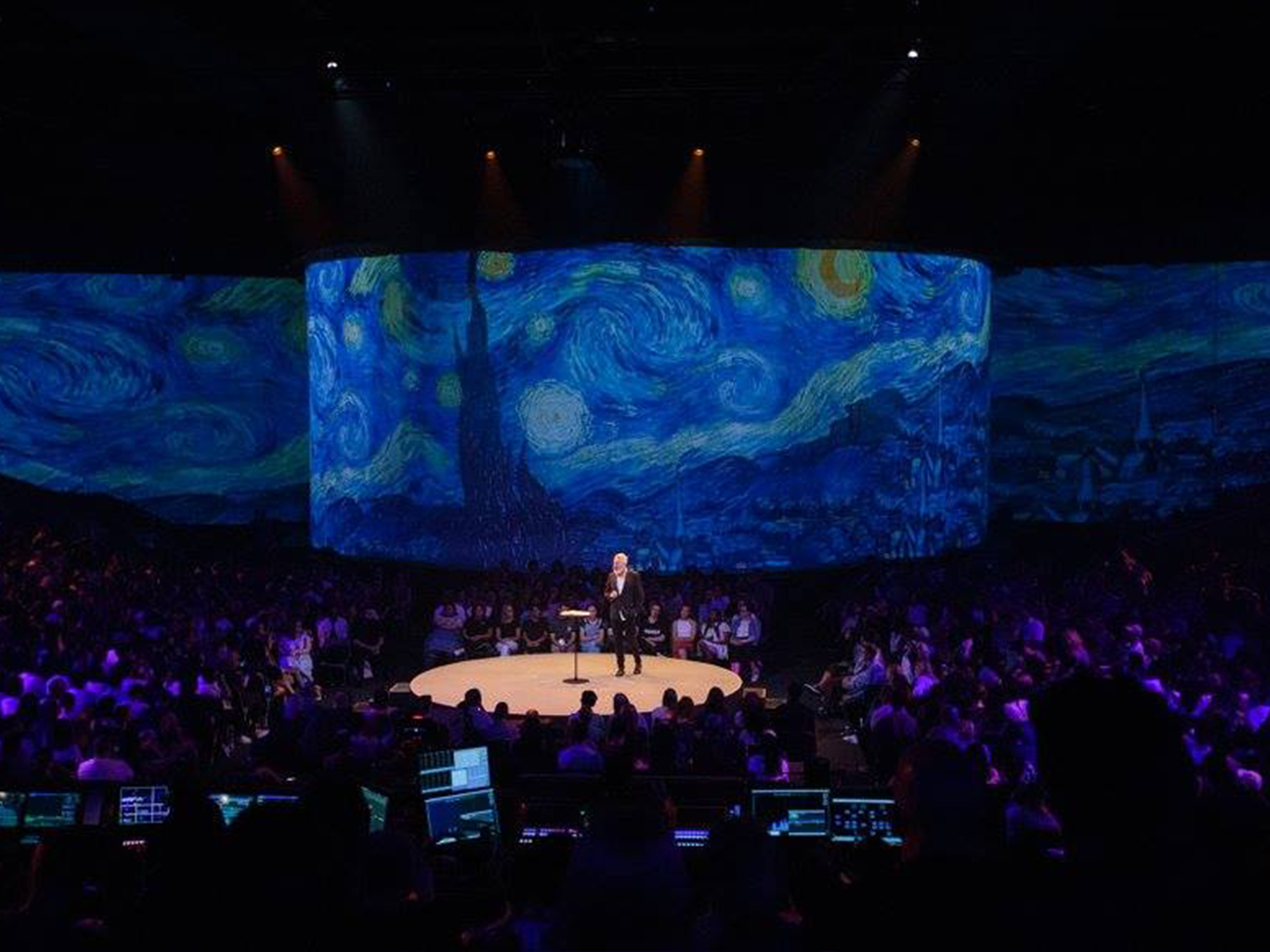 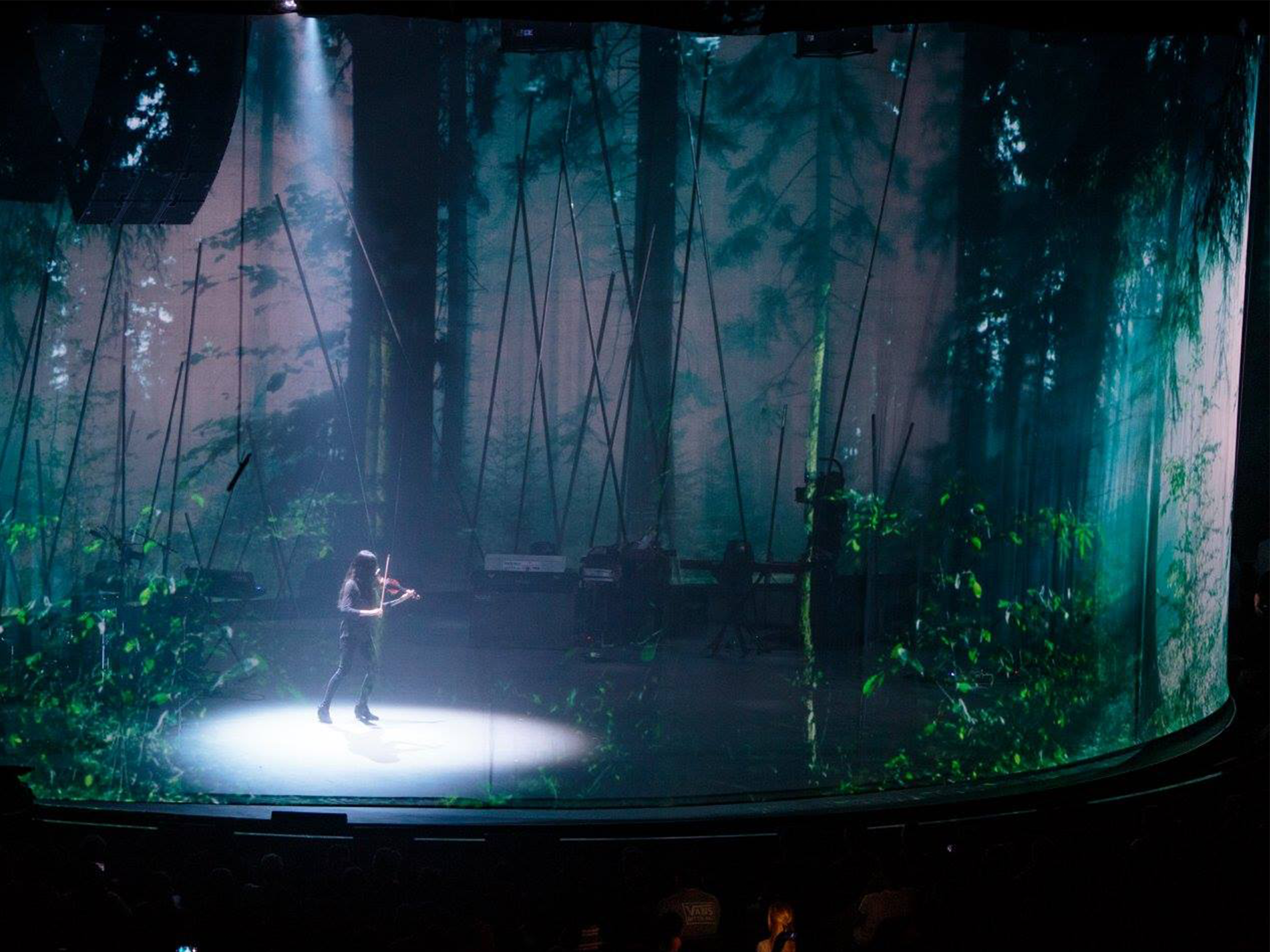 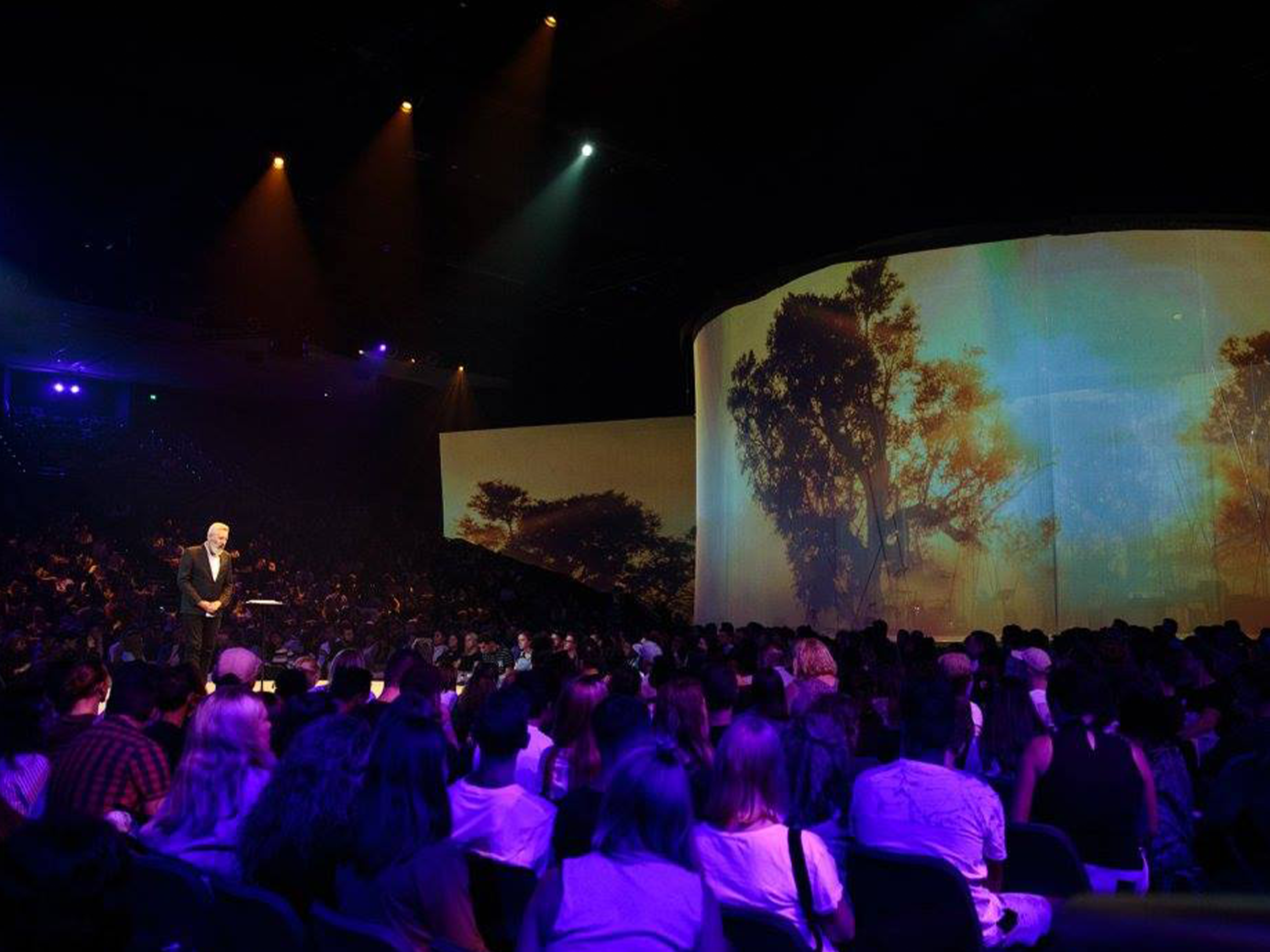 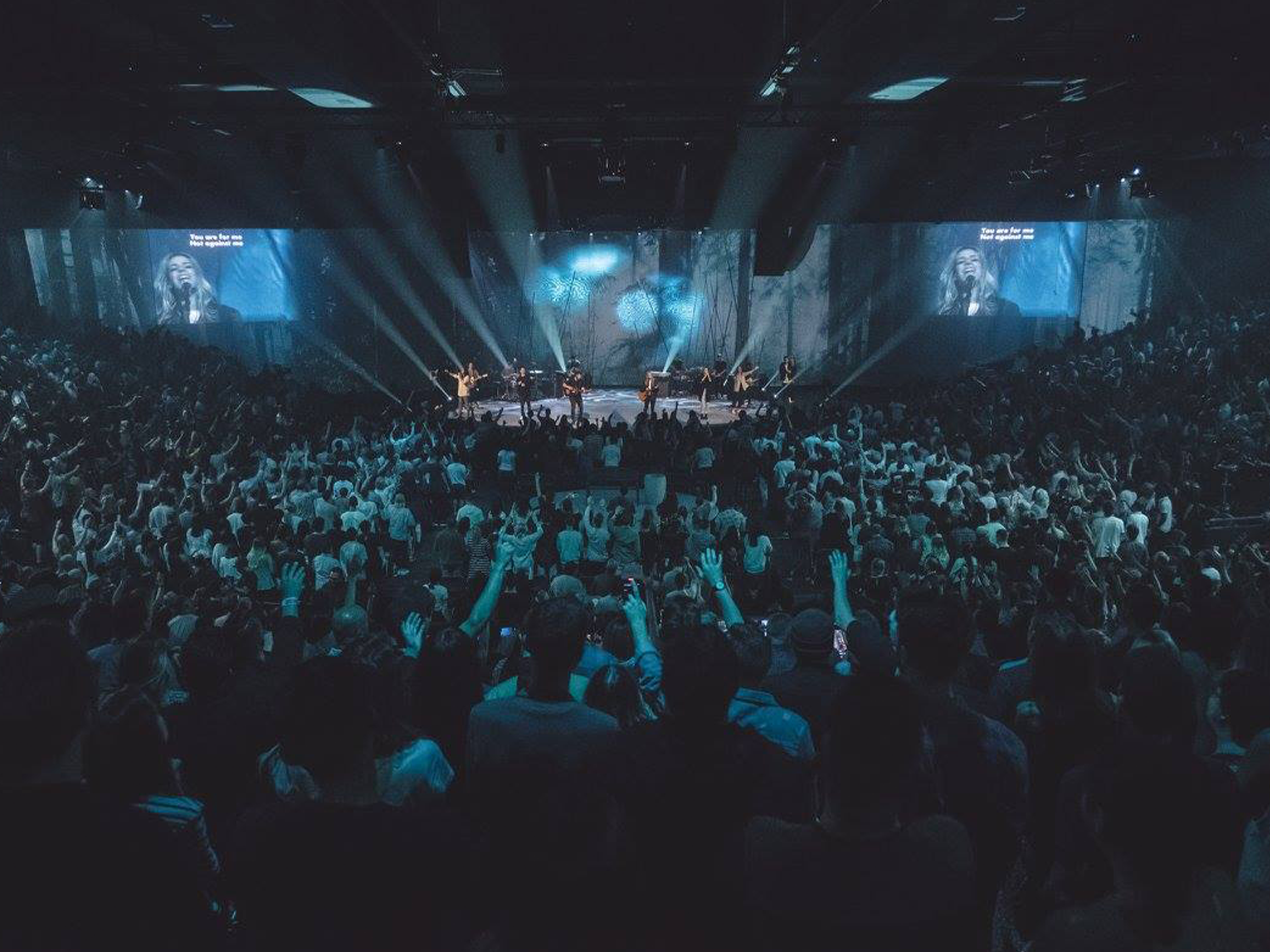 J&C Joel worked with London-based designer Nathan Paul Taylor and Australian-based church, Hillsong, to produce a set of stunning drapes which acted as the backdrop to Hillsong’s conference.

Hillsong is a contemporary Christian church and was founded in 1983 in the western suburbs of Sydney, Australia. Now, Hillsong has churches in city centres in 21 countries around the world and has an average global attendance approaching 130,000 weekly.

The production values of Hillsong events are second to none and a great deal of time, effort, thought and skill goes into each one of their show designs.

Following extensive projection testing with the production team, it was decided that the best fabric for the drapes would be J&C Joel’s western grey Sharkstooth Gauze 10.97 (ST007). The wide width of the fabric allowed for the drapes to be seamless and the shade of grey allowed for high clarity projection to be held.

To ensure the shaped drape fit the contours of the arena, CAD drawings were produced and used by J&C Joel’s creative manufacturing team. Head of Specialist Drapery, Oliver Marns, said: “The end result was two drapes which provided the perfect surface for what can only be described as stunning content. The whole process with Nathan and the Hillsong team was extremely enjoyable and was made much easier due to their skill and professionalism.”