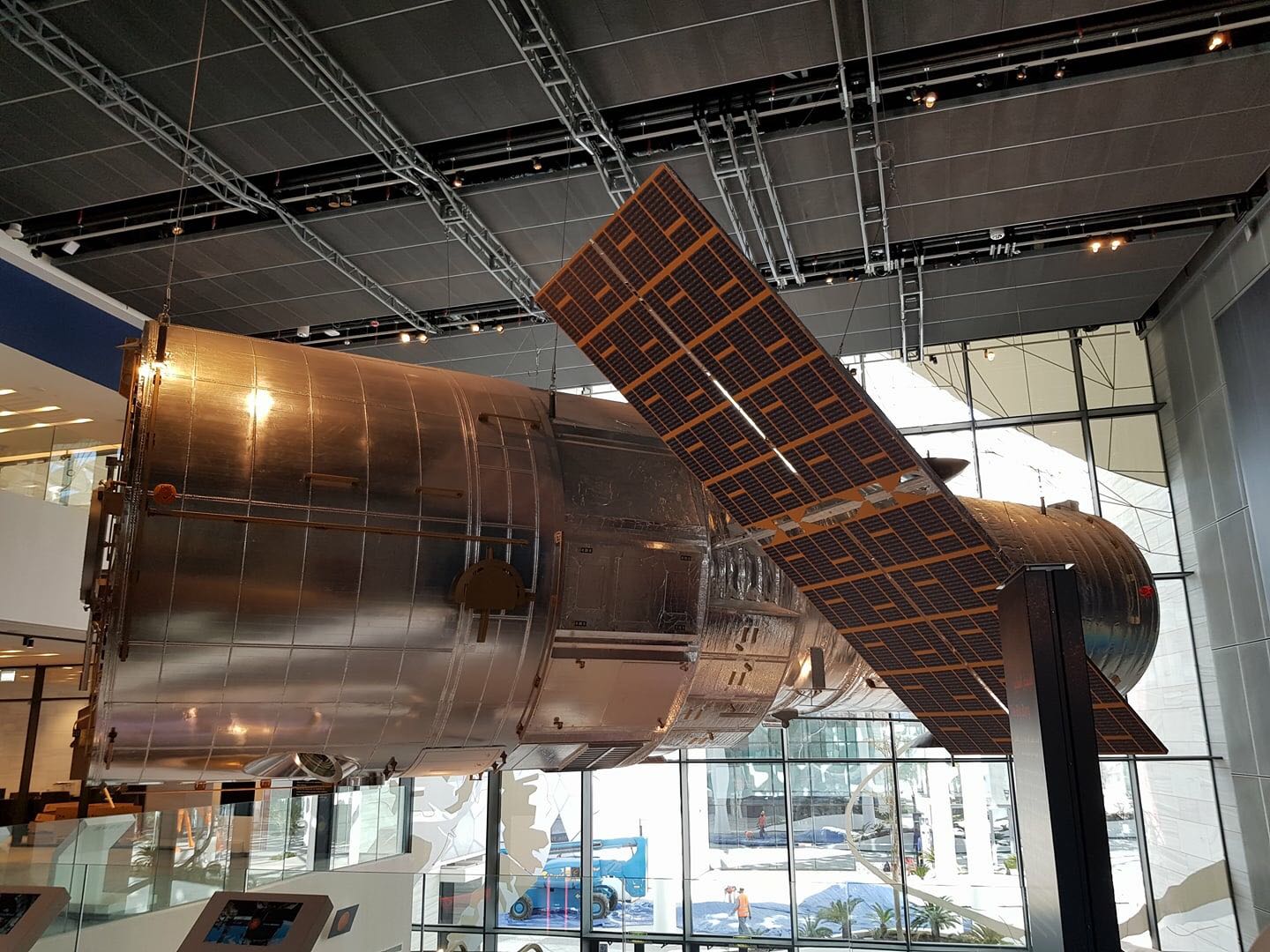 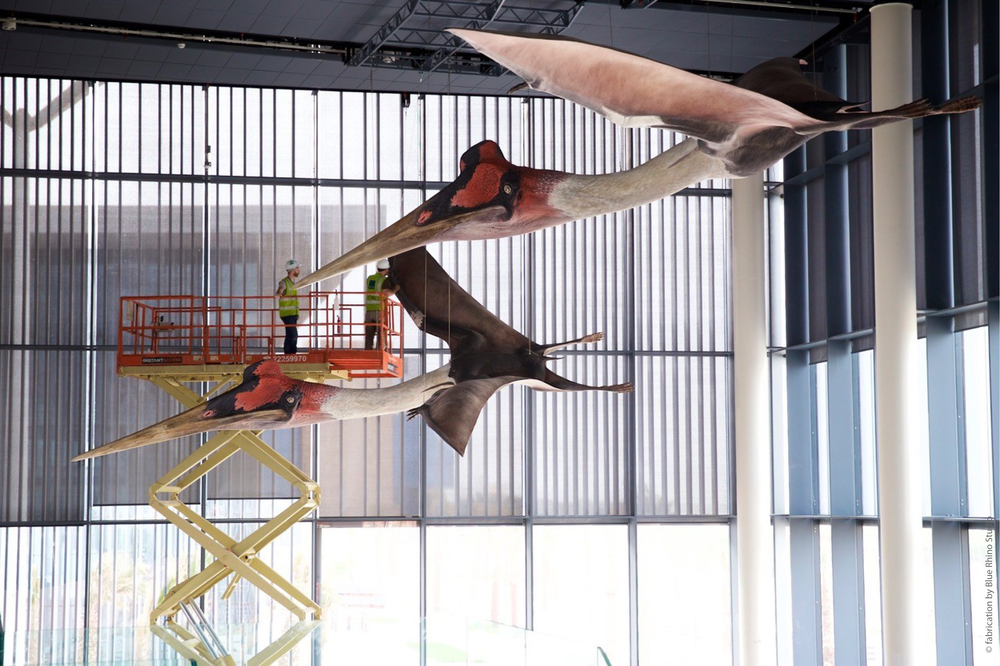 More than 800 exhibits suspended from tubular rigging frames with a UDL of 500kg/m.  Including:

•Five scaled replicas of the most iconic mosques in the world, suspended above a map of the Middle East region, to highlight their unique architectural importance.

As the rigging structures were fully exposed to the public they needed to be designed to be aesthetically pleasing as well as substantial enough to take the required loads. The attention to detail in terms of finishing was paramount to ensure the high standards of the project was maintained. The 50m long International Space Station, which was assembled on the floor by an expert team of model builders had to be carefully raised into position by a team of J&C Joel riggers and then terminated to the tubular rigging frames with fixed rigging stingers to the specific orientation required from the design team. All done within a safe and controlled manner and required full coordinated effort from all involved, from the riggers, project managers and health and safety team. All of this had to be done in an extremely safe and controlled manner, requiring a coordinated effort from all stakeholders – our riggers and project managers, the construction and MEP teams, the architects and designers, and the local health and safety authority.