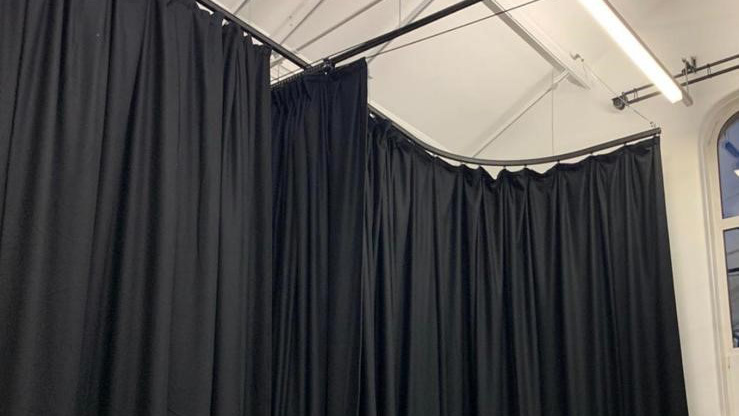 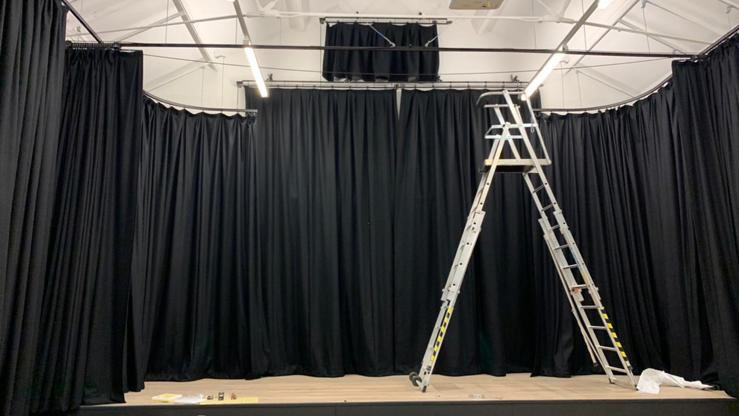 J&C Joel supplied and installed the Front of House and perimeter track and drapes to Sutton High School, in ‘The Study’ to transform their traditional school hall into a multi-functional drama teaching space.

Further perimeter drapery was manufactured from Wool Serge 565 (WS090) with 50% fullness to provide acoustic absorption. The perimeter drapery consisted of 12 drapes with various drops and widths to fit the requirements of the space. The drapes that covered the fire doors were manufactured with vertical fluorescent strips of Ripstop fabric (RS022) on the lateral edges to indicate fire door positions when the drapes are closed.

Wool Serge 565 (WS090) was also used for the Front of House drapes, which had a total width of 12m and a drop of 4.135m. These were also finished with golf bag hooks and a jack chain weighted base.

Triple E 2Way Track was installed around the perimeter of the hall to allow easy movement of all drapery within the space. Triple E Erail track was used for the Front of House track as it has the ability to be corded allowing the drapes to be operated out of view of the audience.

Khonnor Clegg, the project manager said: “The customer is very pleased with the adaptation of the space, noting it has been completely transformed into an