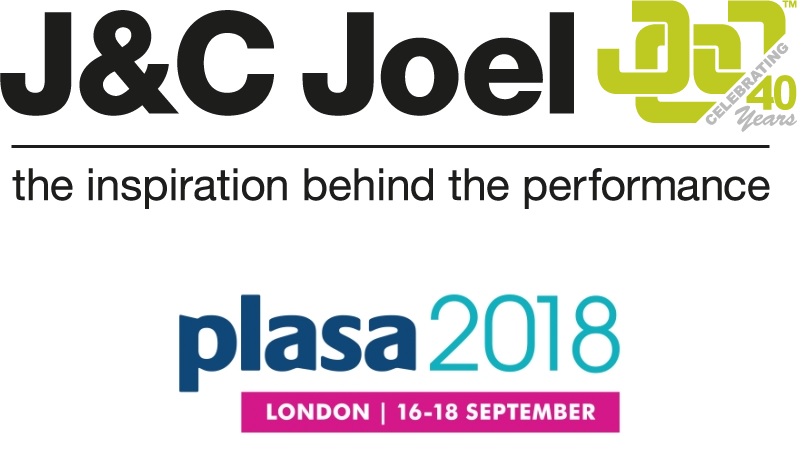 J&C Joel are delighted to announce their return to Plasa Show as part of their 40th anniversary celebrations.

The company, which is one of the leading manufacturers and installers of flame-retardant fabrics, flooring and stage engineering solutions, will be exhibiting on stand A45 at the show, which takes place at London Olympia from 16th to 18th September.

During Plasa, the company will relaunch their new and improved Serge Tape in response to high demand from customers. They will also be showcasing other new products including Euro Wool Serge, Empress, Super Wide Width IFR Canvas and the West End Velvets.

JCJ Serge Tape is designed to provide a quick, easy repair of tears in black Wool Serge drapes will be available in 25m rolls which are 50mm wide and is sure to be a staple product in the events and entertainment industry. A roll will be on hand for people to look at as well as some in application on a piece of Wool Serge.

During the event the company will also launch an exciting new scheme with their charity of the year, the Theatres Trust. It will take place on J&C Joel’s stand from 1pm on Monday, September 17 and will form part of J&C Joel’s 40th anniversary festivities.

Members of staff from J&C Joel’s Sales, Projects and Marketing teams will be on hand to provide advice and support to customers both old and new and the Joel’s bar will also be open throughout the three days allowing people to enjoy the company’s newly produced Curtain Call beer and Green Room cider.

James Wheelwright, J&C Joel’s CEO, said: “We’re really pleased to be back at Plasa after a break from the show. It is a great platform for us to showcase our products and services as well as launch our new and improved JCJ Serge Tape.

“Make sure you come along to the stand to meet our team, check out our products, find out about our new initiative with the Theatres Trust and try our beer which has been brewed especially for our 40th anniversary.”