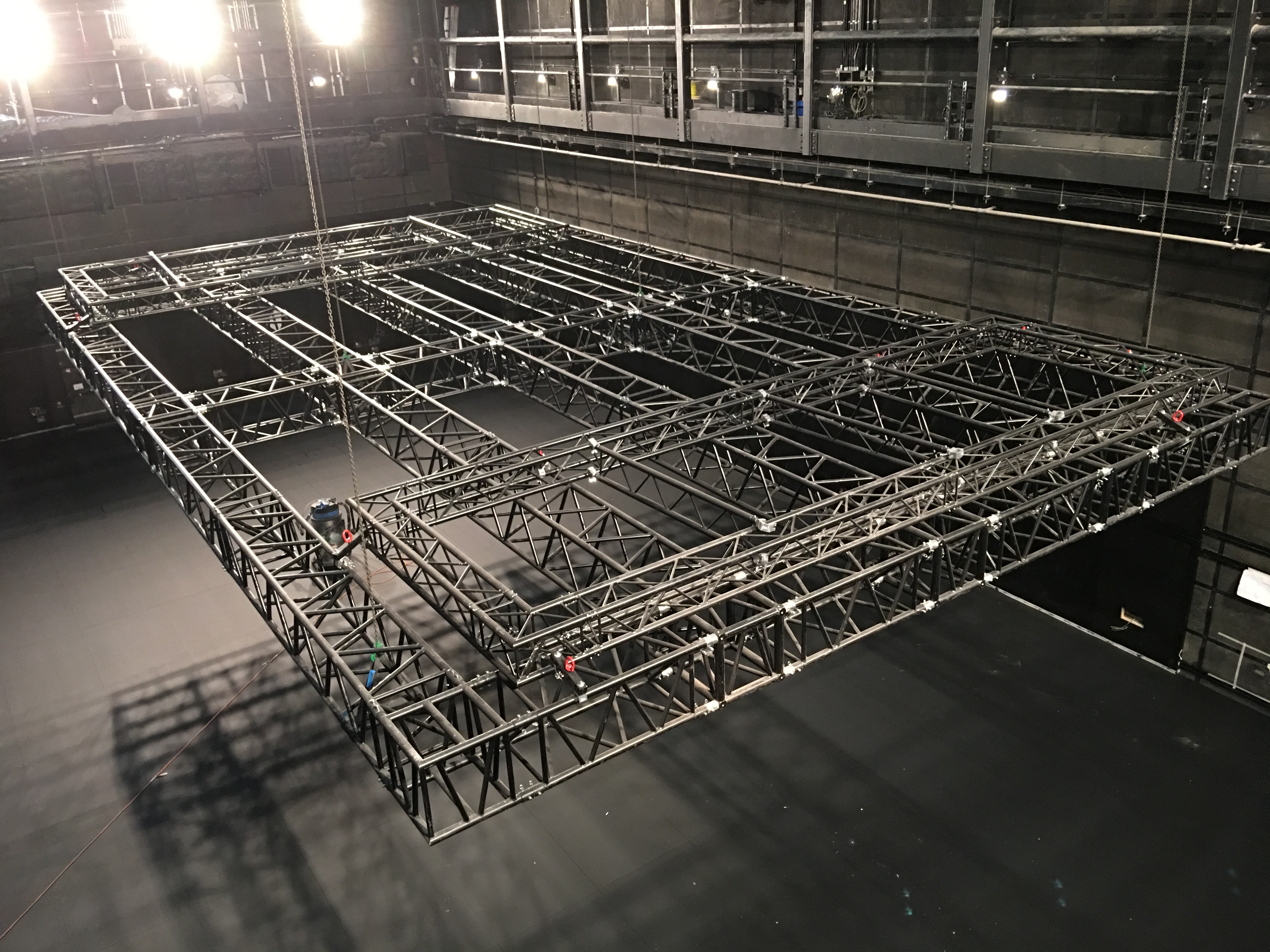 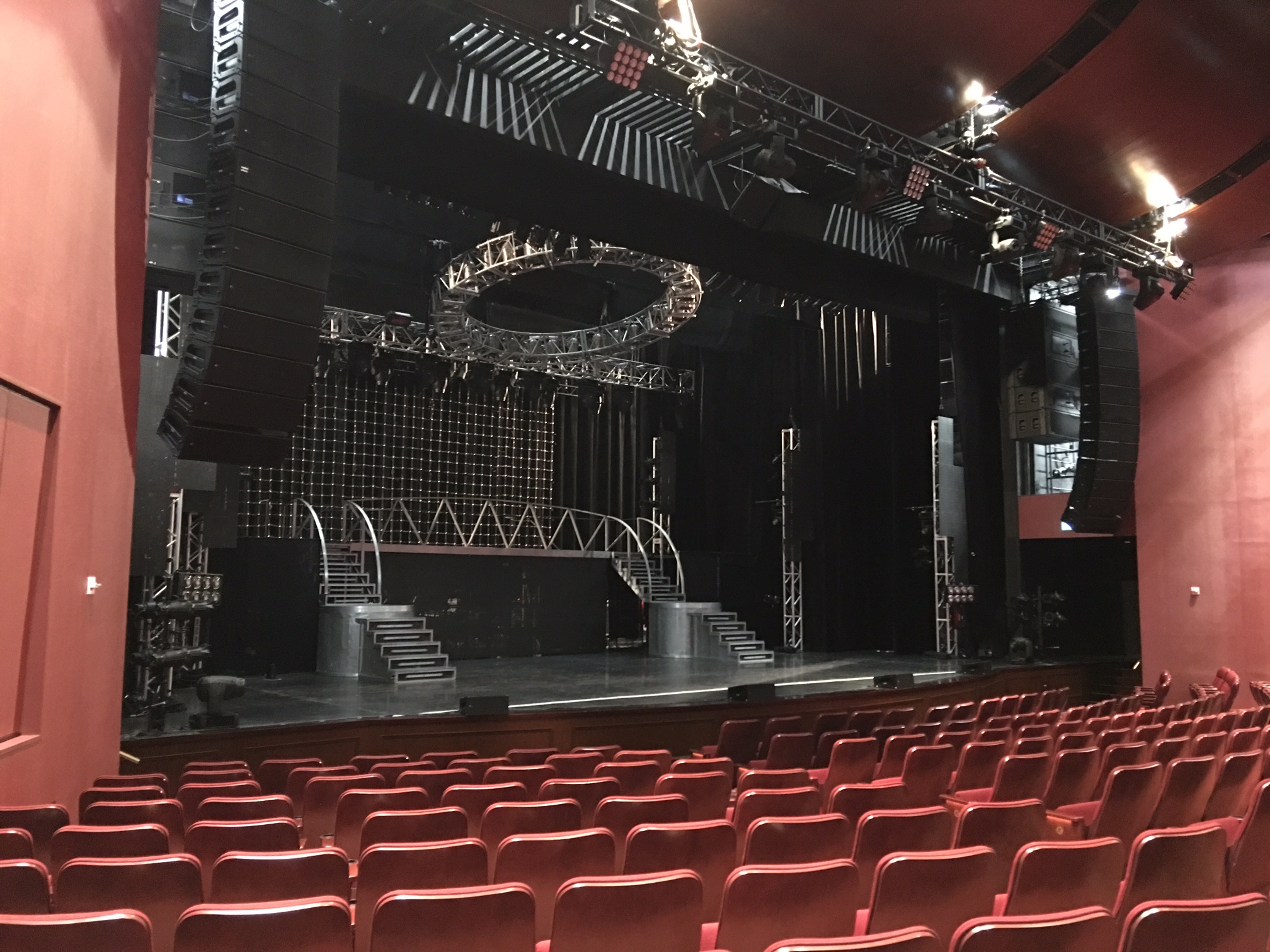 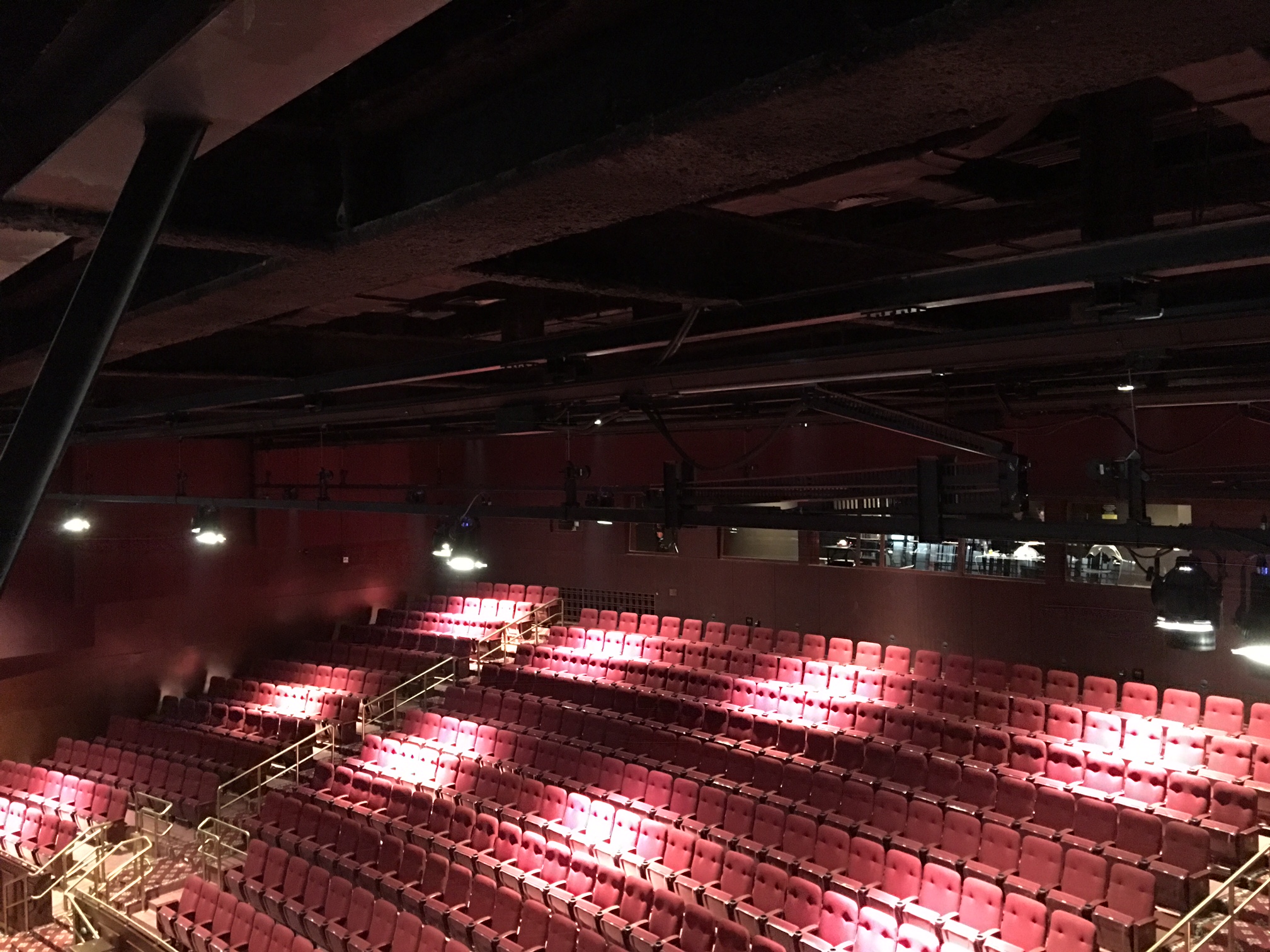 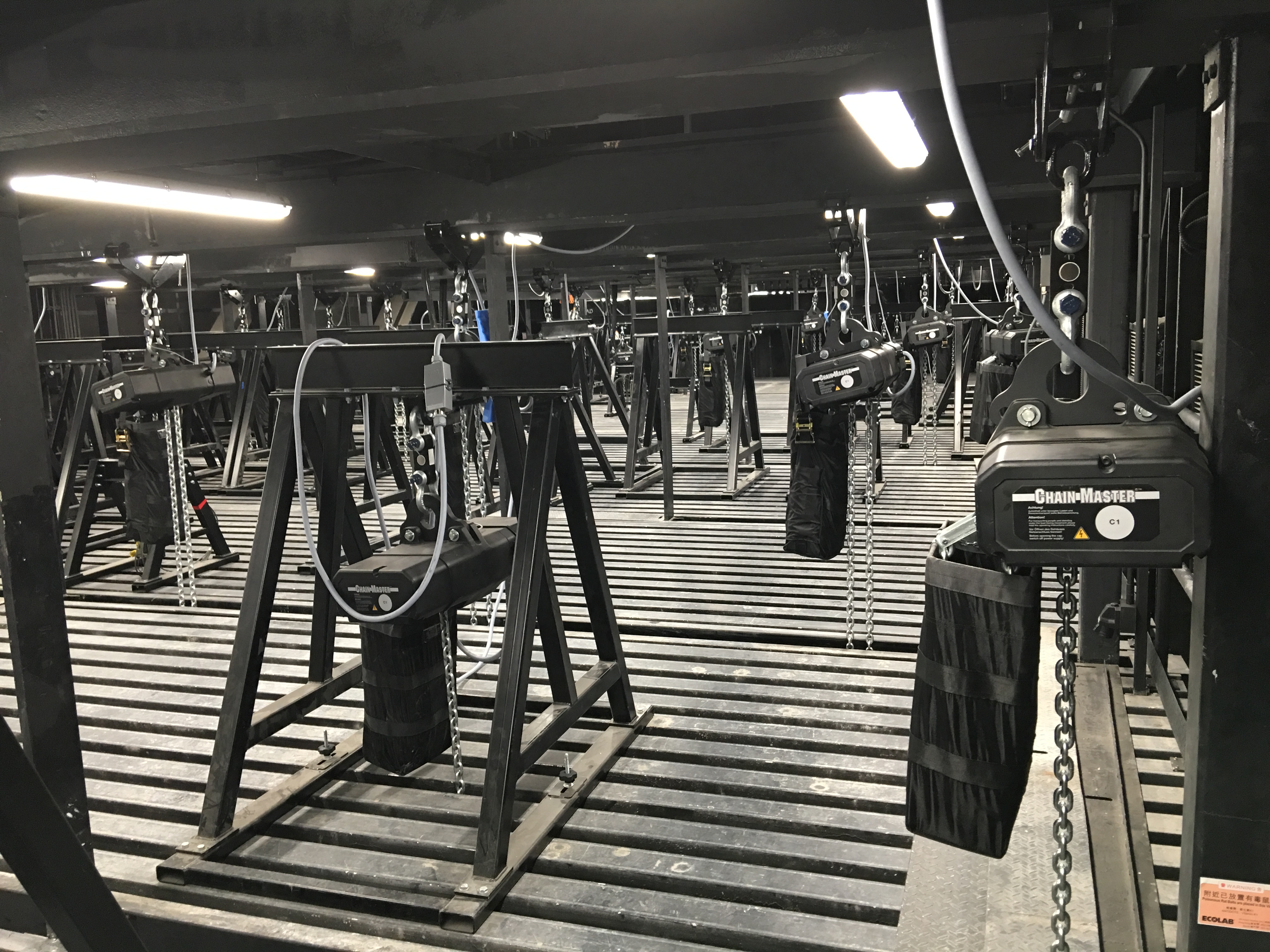 When the Parisian Hotel in Macau was being built, they called upon J&C Joel to provide a full stage engineering and drapery package for its theatre.

The Parisian reportedly cost $2.5billion to build, has around 3000 rooms, 170 shops, 56,000 sq feet of meeting space and features a half-scale 525-foot Eiffel Tower as one its landmarks.

J&C Joel’s Project engineers installed two ETC Prodigy hoists which could span the width of the auditorium, allowing the houselights to be placed anywhere over a 105′ width. The distro trough could be lowered with a push of a button for re-lamping or servicing the house light fixtures. The unique cable management system allows this hoist to be easily hidden between the clouds of the auditorium ceiling.

A JR Clancy pin rail was installed in the theatre along with Prolyte truss which was a mix of h30d h30l and s52v. Technical trough platforms from Stage Right with different surfaces including a honeycomb deck system and an all-purpose deck were also supplied and installed. It was all controlled by a Protouch stage operator.

The Front of House curtains were manufactured from Pennine IFR Sowerby 550 g/m2 in plum and were hung from a manual Unitrack with overlap and manual corded operation.

The masking legs and blackout stage traveller were made from a short densely piled IFR Velvet Velour in black.

A Sharkstooth scrim was also installed which was manufactured from IFR black Sharkstooth Gauze.