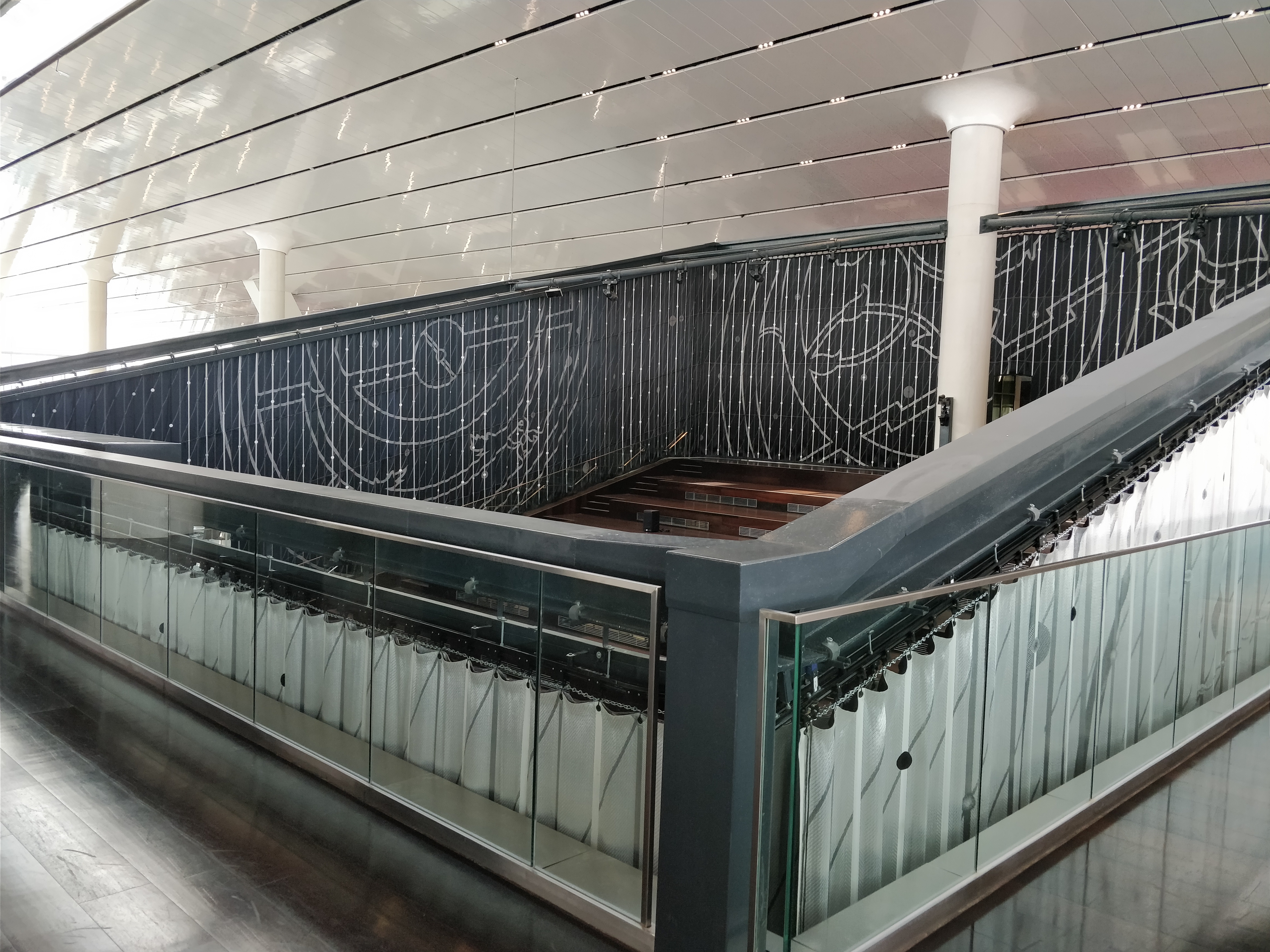 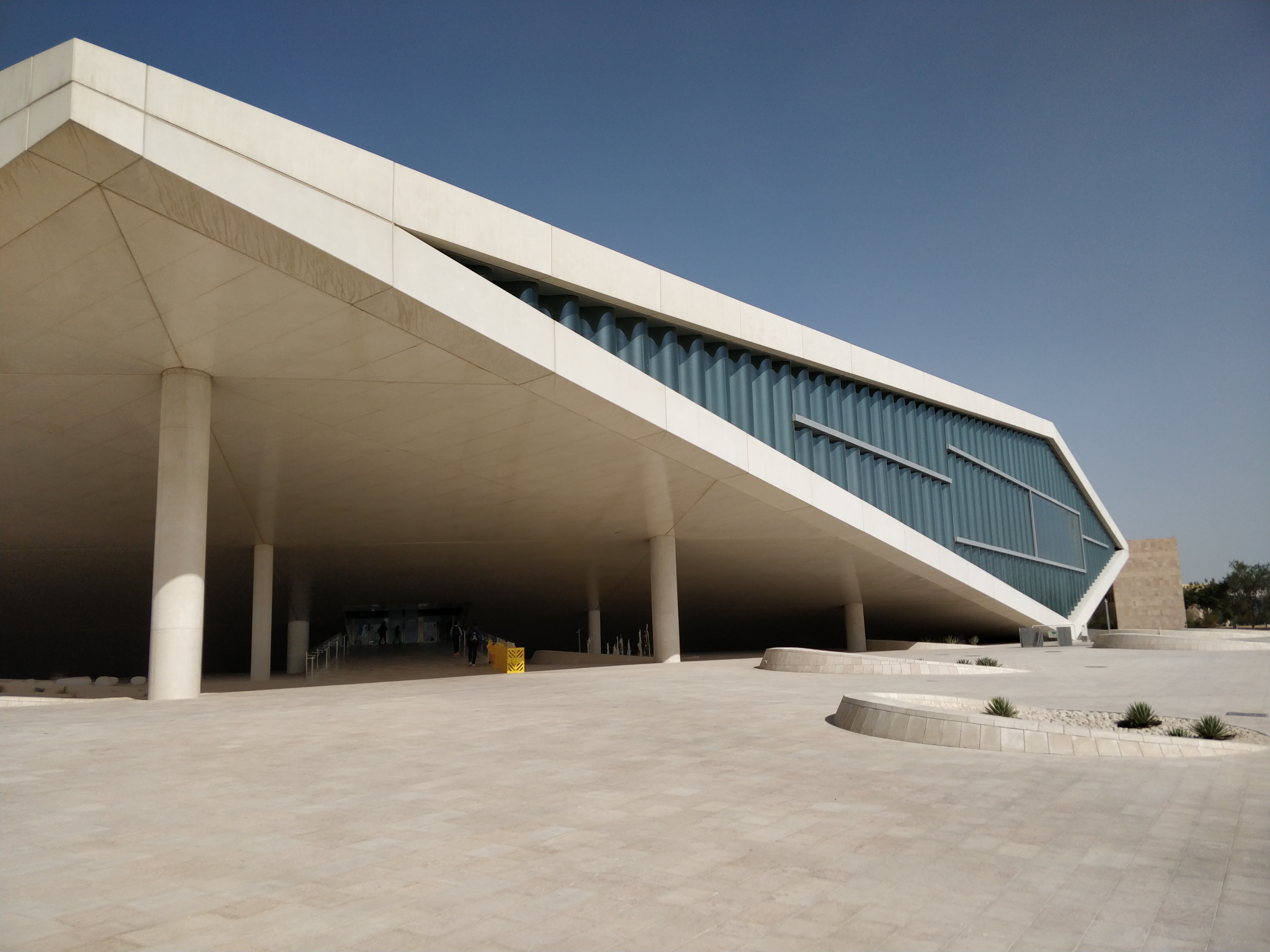 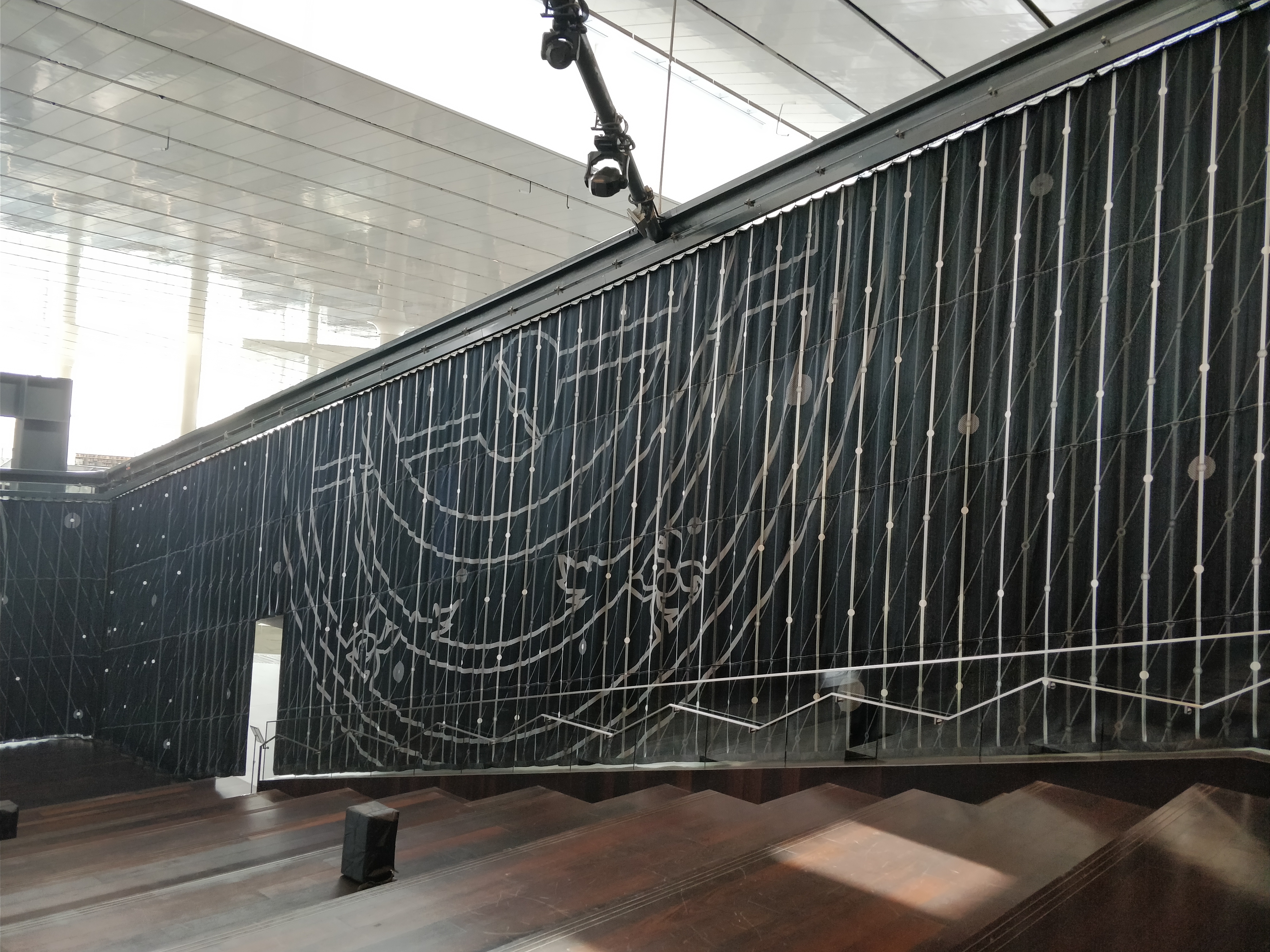 Qatar National Library (QNL) is a non-profit organisation under the umbrella of the Qatar Foundation for Education, Science and Community Development.

J&C Joel’s engineers installed a bespoke inclined tracking system on an inner continuous loop track and an outer u-shaped track. Each track was a modified version of Triple E’s Erail track with an external side guide system and each was motorised by a bespoke friction drive unit. This bespoke solution required modification to standard Erail components. This deployed a one of a kind weaved fabric curtain.

The team also installed an external perimeter Erail track in the auditorium. The track was within a concealed pelmet which deployed a double layered curtain made from Silver Faux leatherette with perforated intervals along it to help it fold. A custom dyed yellow fibre glass drape was also hung from it.

An internal perimeter Goelst 6200 tracking system was also installed in the auditorium which deployed a sheer pearl white voile. Both tracks were linked back to a touch screen interface mounted within the glass walls of the auditorium.

A complete lift system was supplied and installed in the auditorium which consisted of a mechanised stage lift platform which was driven by four Serapid link lift 30s. It was double braked with a synchronised shaft system and guided on all four sides by lambda guides. This was linked back to a touch screen interface mounted within the glass walls of the auditorium.

To the north façade, J&C Joel’s engineers also installed 82 roller banners over two levels each with an integrated tubular motor and suspended discretely above the ceiling space. Each blind deployed a semi-transparent pearl white vinyl fibre glass fabric with a 95-97% UV blockage. The banners were designed to be operated in preselected groups via a VRS wireless pendant but were also integrated into the building management system.